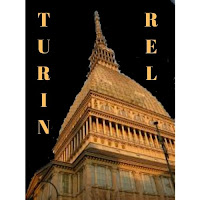 “Populism and Religion: Cooperation or Conflict?”

The relation between religion and politics has become increasingly relevant for the understanding of the contemporary world. After the so-called “revenge of God” started in the last decades of the 20th century, the sacred has become a crucial factor both in international affairs and conflict/peacebuilding processes; and in domestic affairs, with an increasing role in public debates and policy making. This is particularly true considering the role of the religious factor in old and new debates related to bioethics, state secularism, immigration, gender issues, protection of the environment.

This first edition of the summer school will focus on the role of religion in the global phenomenon of right-wing populist parties. This new category of party is marked by peculiar uses of religion and religious symbols, often different from that of ‘traditional’ religiously oriented parties. While in some cases populist positions and policies go hand in hand with those of religious institutions, in others - for example on the issues of immigration and protection of the environment - they can clash with these latter.

Understanding these phenomena is crucial, also considering that they overlap with other issues and concerns such as interreligious coexistence in increasing multicultural social contexts, human rights (and particularly women’s rights and LGBT+ rights), and social justice.

The summer school, that will run from Monday 15 June 2020 to Saturday 20 June 2020 is addressed to junior scholars, graduate students and MA students willing to go in depth in the subject of religion and politics with the help of internationally renowned scholars; as well as to members of international organizations, NGOs, and public administrations, who want to get a better theoretical basis for their work.